A sense of place


Eòghann Mac Coll settles down after a frustrating drive through Glasgow’s afternoon rush hour, an experience far removed from the quiet landscapes and the empty roads of his paintings. 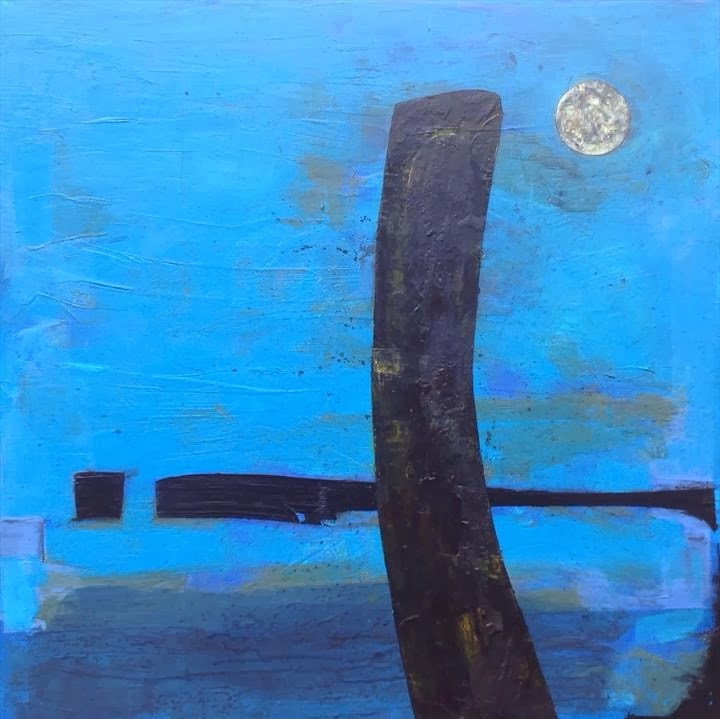 His expressionist works have a weight and breadth that exceed their relatively small canvasses where solid blocks of paint are often juxtaposed with man made structures.  Their linearity suggests the abstract and yet the elements are recognisable: standing stones, roads, buildings, all familiar and strange at the same time. People may be absent from the picture but their presence, past or recent, is strongly felt. What deep emotions run beneath the visible narrative? 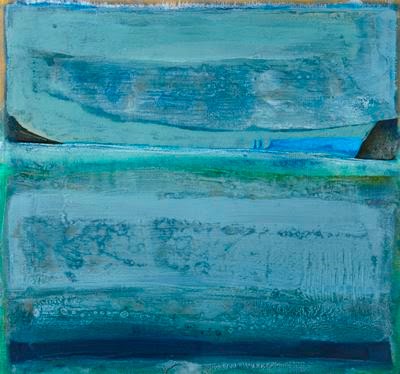 Mac Coll explains the defining moments that have informed his practice.

First the 1987 exhibition ‘The Vigorous Imagination’ showcasing new Scottish art, sealed young Eòghann’s future by showing him what positive difference art could make at a time when Scotland’s economy and traditional industries were collapsing.

Later a series of journeys were crucial in forming his sense of identity.

In the days of grant-funded education, he was able to study art in England and Scotland and go on an exchange to Barcelona where he not only experienced at first hand the works of Catalan abstract expressionists Joan Mirò and Antoni Tàpies but also the distinctive and proud Catalan culture that revived his interest in his own Gaelic heritage. 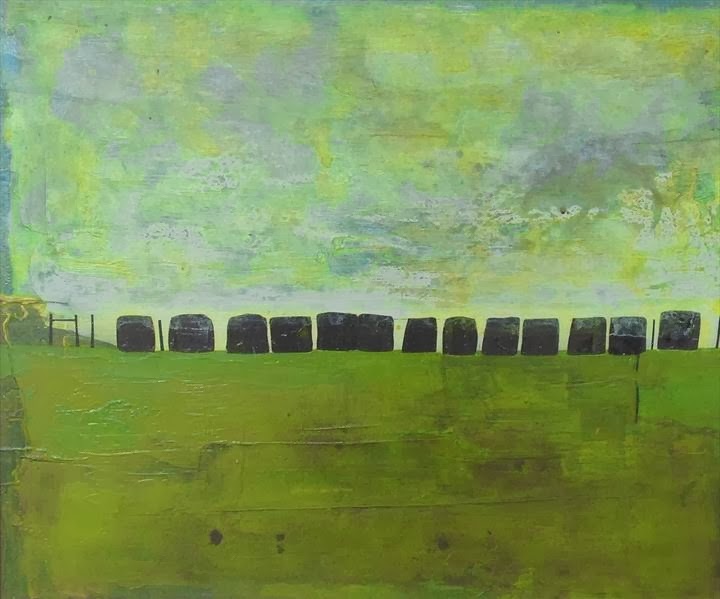 When he returned to Scotland, he decided to research the megaliths or standing stones that had been his ancestor Alexander Thom’s passion. His quest took him to the margins of Scotland’s mainland and islands, drawing for hours and learning about his great grandfather’s work. This proved a tough mathematical challenge but it made him realise that those who created the stone formations had a highly sophisticated knowledge of astronomy and were part of a network reaching far beyond these shores.
Because the stones have Gaelic names, Mac Coll started learning the language, an arduous task in itself, but characteristic of his commitment to finding his own sense of place. 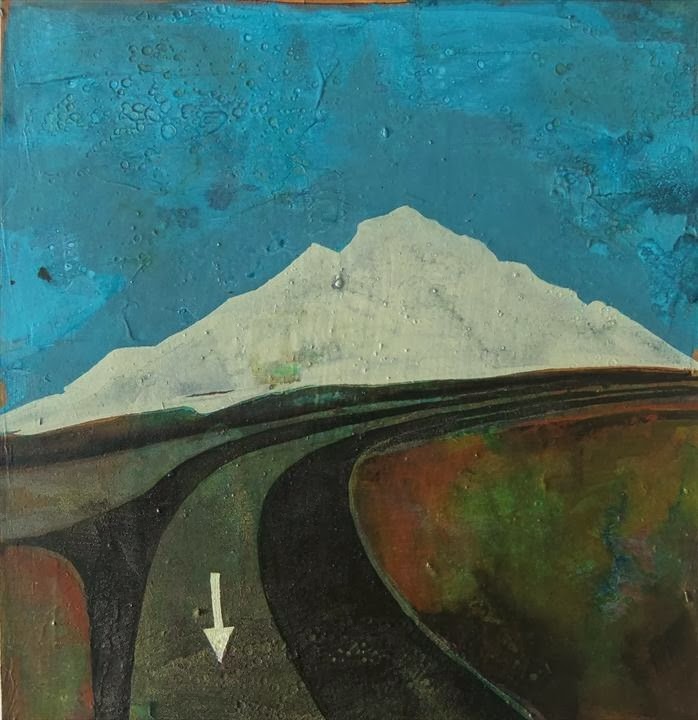 Through the palpable solitude of his paintings evocative of his lonely road trips, the artist asks us to consider with him where we are coming from and where we are going, and what remoteness really means, remote for whom and from what? Isn’t our perception of remoteness a subjective marker of our centralised society?

In 2005, he received the prestigious Alastair Salvesen Art Scholarship award and embarked on a journey to the Faroe Islands, Iceland and Canada, opting to leave Scotland northward, an experience he strongly recommends, enjoying many more long car journeys and meeting people perfectly comfortable with their ‘remoteness’.
More recently his residencies in Ballinglen Arts Foundation in County Mayo have strengthened his Gaelic identity which he brings into his paintings and digital works. 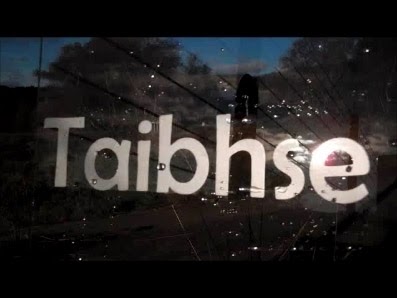 Nowadays, life is very busy for Mac Coll between his young family and work. He paints during what he calls “‘stolen’ studio time”, the perfect scenario for this artist who loves the way paint works for him when applied under pressure and almost in a frenzy.

Future plans involve testing himself further with much larger canvasses, three metres by two metres, a scale of such proportions that he will feel at one with the landscape.

With thanks to Eòghann Mac Coll

** Taibhse  'Place where a person once was'

The 1987 exhibition 'The Vigorous Imagination' signaled a renewal in Scottish art and featured among others Adrian Wiszniewski whose 'Artist Uncovered' article was published in this blog in May 2013.